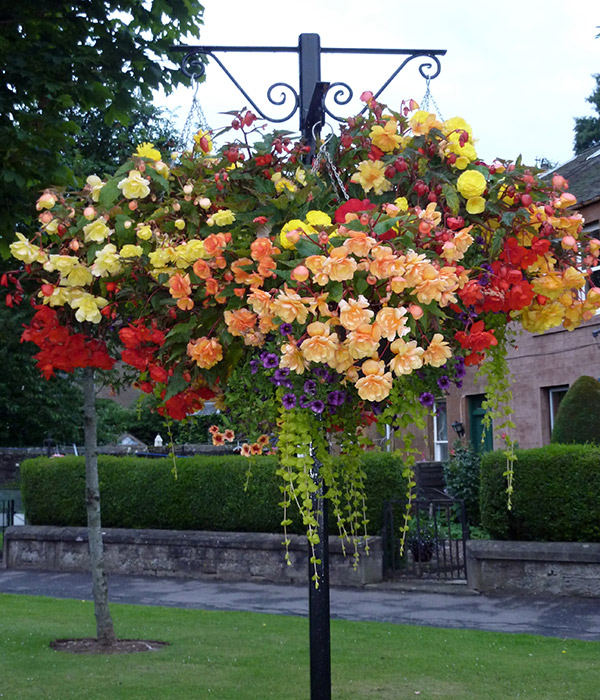 The town of Coupar Angus sits amongst fertile farmland in Strathmore, near the River Isla at the centre of an area noted for soft fruit and potato growing.

The voluntary group Coupar Angus Pride of Place was formed in 2006 to improve the local environment through environmental projects and social inclusion. The Group's award-winning projects include enhancing biodiversity, planting trees, exhibiting floral displays, teaching of horticultural practice, growing fruit and vegetables with local school children and celebrating the local heritage of the town.

On 23 November 2017, Pride of Place Chair Anne Easson and P&K Provost Dennis Melloy were joined by local volunteers, residents, businesses and project partners to celebrate the official opening of the Coupar Burn project. Pupils from the local Primary School, who helped with the biodiversity survey and with the project leaflet and information boards, helped the Provost as he 'cut the ribbon' to mark the successful completion of the work.

The project got underway in 2017, when Pride of Place volunteers began work at Coupar Burn, which runs through the town and which had become overgrown and blocked with litter. Working with the Take A Pride in Perth & Kinross Association, Perth & Kinross Council and local schools, the volunteers cleared overgrown areas, removed fly-tipped rubbish from the water, pruned mature trees and planted new native species. They also created a new path and seating area, undertook wildlife surveys and installed bird and bat boxes.

The group is very grateful to the funders of this ambitious project: the Heritage Lottery Fund, the Council's Community Environment Challenge Fund and the Rural Perth & Kinross LEADER Programme

You can find more information about the funders here.

Coupar Angus Pride of Place has won a Gold Medal at the RHS Britain in Bloom Awards 2017. The results were announced at a prestigious Awards ceremony on Friday 27 October, hosted by TV presenter and garden designer James Alexander-Sinclair. Against stiff competition in the Large Village Category, the Coupar Angus group came away with one of the much-coveted Gold Medals. Group chair Anne Easson is delighted with this award: "This is our third Gold medal; we also received one in 2013 and 2015. This is a well deserved reward for our dedicated team of volunteers for their hard work around the village all through the year". Read more about the RHS Britain in Bloom Awards here.