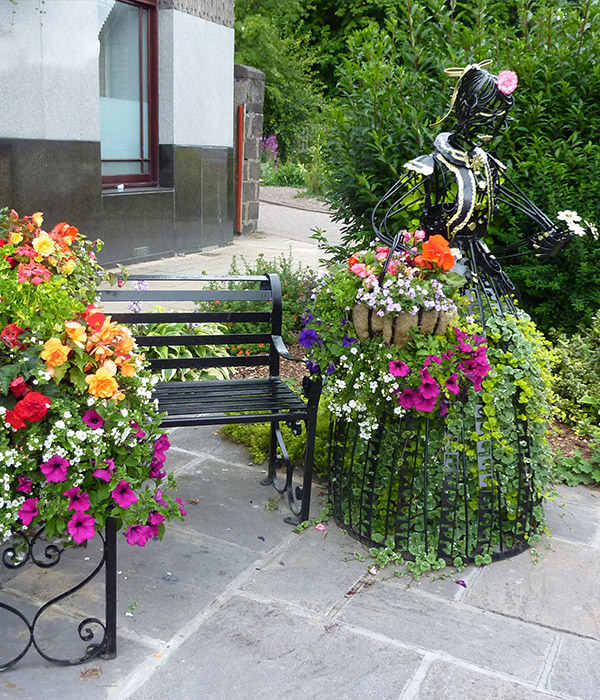 The Pitlochry in Bloom group, its helpers & Friends come from the local community and, during the past 20 years, the group has gathered momentum. With additional support and funding from local residents and businesses and much lobbying to encourage everyone to become involved in the campaign, Pitlochry is truly “Blooming”!

Pitlochry in Bloom organises the spring and summer floral displays, hangs nearly 200 hanging baskets and looks after the town’s feature beds complete with Victorian sculptures. The “Wildlife Garden” was opened in 1999, the first of its kind and is a fitting tribute to the late Meg Dunn, who inspired the volunteers.

Pitlochry in Bloom celebrates 25 years of “Blooming” in 2018 and is delighted to have collected over 60 awards for the town, including Gold Medals from the RHS Britain in Bloom campaign, two in the Champion of Champions category. They are also holders of international 5 Blooms in the “International Challenge” competing against the USA, Canada, Japan and Europe.

In 2013, the Highland Mainline Railway was 150 years old and the group delivered the "150 Years On Track" project to mark the occasion.